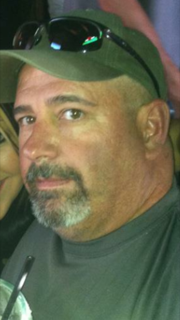 Our beloved Troy Vernon Jones “Troy Boy”, passed away unexpectedly on Saturday, May 6, 2017. Troy was born June 6, 1963 in Salt Lake City to Vernon and Judy Jones.

Troy grew up and lived most of his life in Eureka, Utah.  He graduated from Tintic High School in 1981, attended Utah Technical College, and a year later married and had three beautiful girls. Troy was an active member of the community and was involved in all sporting events, school activities or any extracurricular events that took place. Troy was the first one to volunteer and contribute to ANY project.

Troy was active within Tintic High School, where he served as a Tintic School District Board Member and the Tintic High School Girls basketball team as a coach, mentor, and friend to all that knew him. Troy was a lifelong member of the Tintic Elks Lodge BPOE #711, and never missed a Friday. He worked as a contractor to build IP&P, worked for the North Lily Mine, and then retired from EG&G.

Troy’s most beloved and cherished accomplishment was his three beautiful girls and grandchildren that he loved more than life itself. He would never miss a game, a recital, a birthday, a party, or the chance to dance and have a beer with a friend. He was an avid outdoorsman, fisher, and hunter where he got a kill of a lifetime last November.

In lieu of flowers the family asks that you make a donation to the Parkinson's Disease Foundation at www.support.pdf.org

To order memorial trees or send flowers to the family in memory of Troy Jones, please visit our flower store.