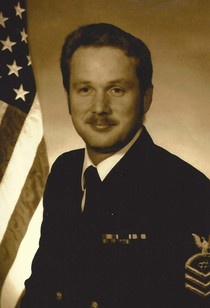 On September 3, 2016 Vance Harold Johnson passed away at the age of 57. The beloved husband, father, grandpa, brother, uncle, and friend returned home to live with his Father in Heaven after a battle with pancreatic cancer.

Vance was born on August 4, 1959 in Provo, Utah. He served his country honorably for 18 years until he retired as a Chief Petty Officer in the US Navy. After serving his country, he devoted the rest of his life to his family by attending games, recitals, and performances. He also served in many positions in the LDS church.

Vance was known as a gentle giant whose heart was as big and selfless as they come. From the moment he met Hollie, it didn't take long for Vance to know he wanted to make her his bride. They married on March 2, 2000. A few months before Vance passed, he had the opportunity to be sealed to his parents Alton Leonand Barbara Ann Johnson.

Funeral services will be held on Wednesday, September 7th at 11:00 am in the Santaquin Stake Center,  45 South 500 West Santaquin, Utah. A viewing will be held from 9:30 am to 10:45 am prior to the service. In lieu of flowers, please donate to an America First Credit Union account in Vance or Hollie Johnson’s name.

Special thanks to Char and the amazing Third Floor at Mountain View Hospital, Debbie with IHC Home Health Care and Kristee and Paige with Horizon Hospice for their loving care in Vance’s last days.  Special thanks to all that have shared their love and condolences.

To order memorial trees or send flowers to the family in memory of Vance Johnson, please visit our flower store.