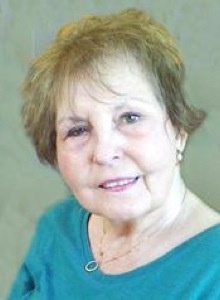 She was a model and a cigarette girl in Las Vegas. She worked as a CNA and LPN for many years, later becoming a Restorative Therapist specializing in teaching stroke patients to walk again until retiring in 1996. She was the most amazing wife, mother, grandmother and friend.

She is survived by her daughter and son-in-law, Crystal and Ramon Saldivar, and grandchildren, Hailey and Austin Saldivar.

A memorial service will be held Saturday, February 23rd at 11:00 am at the Brown Family Mortuary, 66 South 300 East, Santaquin. Jean will be laid to rest next to her husband in the Riverside California National Cemetery at a later date.

To order memorial trees or send flowers to the family in memory of Violet Phillips, please visit our flower store.