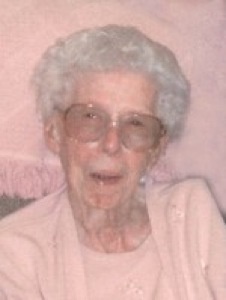 Virginia Sperry Randle, age 92, of Eureka, Utah passed away peacefully August 18, 2008 in Santaquin, Utah. She was born January 12, 1916 in Nephi, Utah to George A. and Maude Belliston Sperry. She married Leslie Randle October 10, 1942 in Salt Lake City and he preceded her in death in 1997.

Virginia taught school in Mayfield and Mammoth. She was a member of the Eureka Methodist Church, Order of the Eastern Star, the Eureka Entra Nous Literary Club and the Eureka Senior Citizens. She enjoyed cooking and being of service to others in any way that she could. She was loved and will be missed greatly by her family.

She is survived by her daughter, Marjorie (Jerry) Boyns, of San Diego; three grandchildren, David (Rita) Boyns, Mark (Cristina) Boyns and Lesley (John) Henry; and many nieces and nephews.

A special thank you to Virginia Badertscher and Jyll Okelberry who made it possible for Virginia to live on her own for as long as possible. The family would also like to thank everyone at Latter Days Assisted Living for their special love and care.

To order memorial trees or send flowers to the family in memory of Virginia Randle, please visit our flower store.