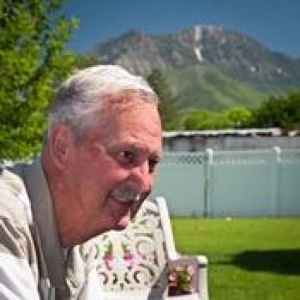 Walter R. Callaway passed away February 9, 2011 surrounded by his loving family. Walter was born March 15, 1937 in Payson, UT to Vern Callaway and Gail Blackett Callaway. He was raised in Santaquin where he attended Santaquin Elementary and Junior High and graduated from Payson High School.

Walter was a member of the American Legion Jr. All-Star Baseball Team.

Walter was a hard-rock miner most of his life, he also worked as a steel worker at Geneva Steel. He loved to hunt & fish. His greatest passion was watching all the kids play ball, especially his kids and grandkids. He served on the Santaquin City Council two different times where he was a voice for youth recreation. Santaquin City honored Walter for all his hard work and dedication by naming a baseball field after him. This was one of his greatest accomplishments and something he was very proud of. When Walter saw that he could make a difference in the world he went out and did it.

The Family would like to express their deep gratitude to the ICU staff at Utah Valley Regional Medical Center.

To order memorial trees or send flowers to the family in memory of Walter Callaway, please visit our flower store.